This complimentary course is part of our Winter Warm-up series. 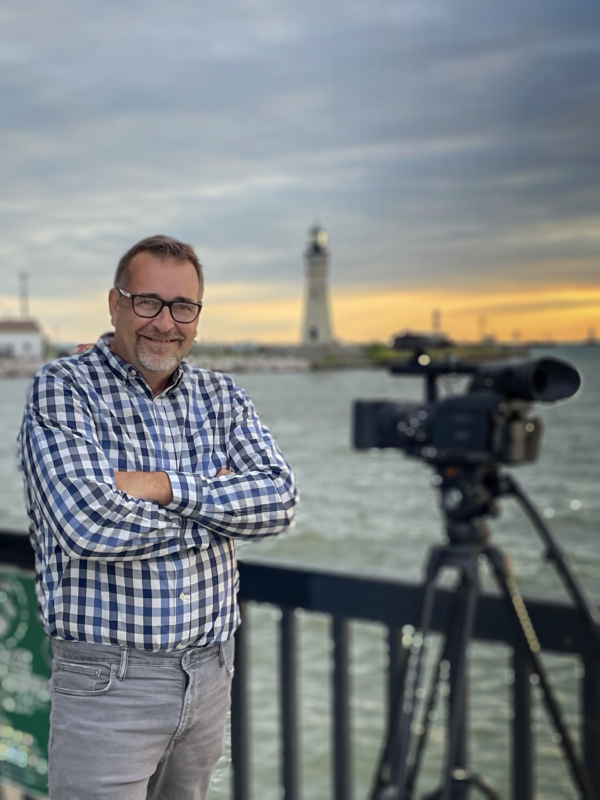 The Great Lakes is home to 388 lighthouses, which not only mark harbors but also guide ships around underwater obstructions. These beacons are located anywhere that ships may travel, meaning many of them are in the middle of the Great Lakes, including the most remote lighthouse in the United States, Stannard Rock. It was here that an explosion ripped through a machinery building, killing the chief keeper and wounding a young electrician sent to the light to perform maintenance. In an exclusive interview, Ric Mixter shares an eyewitness account of the man who was wounded in the explosion with his story of awaiting rescue on the deck with two other men. Ric also shares scientific missions now taking place on these remote outposts, including Spectacle Reef in the Straits of Mackinac. Stories from Lake Superior’s Huron Island are also a highlight of this talk, with an interview from a young man whose father was stationed off L’Anse. Also featured is the million-dollar rehab of DeTour Reef, including stories from the men who were stationed in the St Mary’s River for several months out of the year.

Instructor: Ric Mixter is a former three-term president of the Great Lakes Lighthouse Keepers Association and a frequent contributor to Beacon magazine. This presentation is a must for lighthouse fans and people interested in how men survived working on these desolate towers.